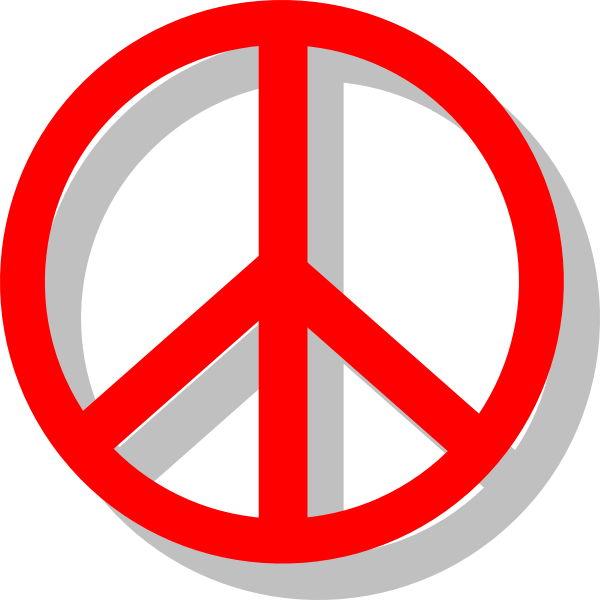 Because museums are experiencing one of their toughest years in decades a donation has been made to the American Association of Museums.  – Mark in Ubud, Bali, Indonesia.

“The internationally recognized symbol for peace was originally designed for the British nuclear disarmament movement.[1] It was designed and completed on 21 February 1958 by Gerald Holtom, a professional designer and artist in Britain for the 4 April march planned by the Direct Action Committee Against Nuclear War (DAC) from Trafalgar Square, London to the Atomic Weapons Research Establishment at Aldermaston in England.[1][2] The symbol was later adopted by the Campaign for Nuclear Disarmament (CND). It was adopted by first the 1960s anti-war movement, then the counterculture, and finally the popular culture of the time.

The symbol itself is a combination of the semaphoric signals for the letters “N” and “D,” standing for Nuclear Disarmament.[1] In semaphore the letter “N” is formed by a person holding two flags in an upside-down “V,” and the letter “D” is formed by holding one flag pointed straight up and the other pointed straight down. Superimposing these two signs forms the shape of the peace symbol. In the first official CND version (which was preceded by a ceramic pin version that had straight lines, but was short lived) the spokes curved out to be wider at the edge of the circle, which was white on black.[1][5][6]”